Since I only just managed to get around to sharing some images of my collection I thought now would be a pretty apt time to also share a Fashion Film created by PAUSEstudio to showcase my graduate collection.

While we were shooting the images for my lookbook the lovely Hazel did some behind the scenes filming to catch a little bit more garments that couldn’t necessarily be seen from a still image. I’m in love with the way this video has turned out and can’t wait to hopefully work with Hazel more in the future. Below is the final piece which was completely directed, filmed and edited by Hazel.

I really love Fashion Films, I think they’re a lot more fun than just images and so I want to experiment a lot more with them. I want to do a location shoot with my collection in the near future so I think I might also try and organise another film to be shot at the same time.

It’s been a really long time since I last posted – and a lot has happened!

Well that’s a slight lie because I don’t actually receive my degree until 16 November when I graduate, but still, I think it’s a pretty big achievement and I’m nothing less than over the moon. There were times throughout my four years at University that I really felt like giving up, sometimes it was really hard. Fashion is a very competitive business and even being a student you can really feel pressure from industry and making sure what you are is what they want. Fashion is opinion based and sometimes people just won’t understand your stories, inspirations and way of working; you really have to push to make it all crystal clear for people to read and digest. That aside it was also the best four years of my life. I’ve learnt so many new skills, met friends for life a long the way, and created some memories that will last forever.

I thought now would be an apt time to share some photos of what I’ve managed to achieve since the beginning of 2015. I will post more photos in due course but these images are just a few of my first photo shoot from my Graduate Collection. I’m a little late to the party with these as this shoot is from back in May, but I just got round to quickly editing some photos on my iPad.

These photos were taken by the gorgeous Meg Quick, my beautiful models were Lily Sadin and Aurelia Czech, and hair and makeup by  the super talented Navdeep Mahk (Magnifique Stylist).
Since finishing I’d be lying if I said everything has fallen into place. I’m still looking for a job, but that’s ok. I figure that most people who get a job straight out of uni are either 1. insanely lucky or 2. insanely talented and since I’m neither of the above I will have to settle for evenings in front of my laptop searching Drapersjobs.com for new opportunities.  Never the less I am lucky enough to have a part time job at home to soften the blow of being in tens of thousands Pounds worth of debt and keep me busy at the same time. Essentially – I’ve finished my degree but really its just the beginning of the journey.

Last week was a stressful week for me. Anyone who knows me personally will know that I spent my week in Paris sourcing the fabrics for my final collection! You’re probably now thinking to yourself “Why on earth is she complaining, she’s spent the week in Paris.. It could be worse?” but spending around £1000 on fabrics for a collection that you’ve got no idea where it’s going is not easy, I’ll tell you that for free.

Before going I created a mood board with what I thought should be my colour scheme to make finding the fabrics that I thought were suitable a lot easier. If you’ve been keeping up to date with my blog you’ll know that I’m basing my FMP on the Palace of Versailles, so my fabrics had to be pretty  rich and luxurious. Finding the fabrics in the store was difficult at first because there was literally so much to look at, but once I got into the swing of it there was no stopping me.

I’ve been saving for my collection for nearly a year but seeing the money disappear wasn’t as heart breaking as I first thought it would be. Although I am, and always have been pretty spend happy, I did work hard to save this money and I thought I might have found it harder to hand over the plastic. I think I found it so easy as I was so ruthless with my first spend, marching over to the cash desk and accepting my fate.

What wasn’t easy was having to lug around my purchases after so easily buying them, 70 metres of fabric is SOO heavy! It was 100% worth it though as I do have some really pretty fabrics for my final collection, which will getting there own post hopefully within the next week or so!

There wasn’t the time to do all of the touristy things I’d hoped for, but as I had only been two weeks before I wasn’t too disappointed. The fabric shopping district is very close to the Sacre Coeur so we did manage to squeeze in a quick trip to the top of the hill on our final day. I also had the chance to do a spot of shopping along the Champs Elysee to get a few bits and bobs that I’m sure will feature on my blog in the future.

The weather in Paris was amazing, I literally couldn’t have asked for it to be better because I know usually its absolutely freezing this time of year, but it was sunny every day and not too cold!

I’m pretty gutted that as soon as I got to Paris last Sunday I realised I’d left my SD card for my camera at home so unfortunately the only images I have are from my phone! It’s one of those things where I knew I was forgetting something and by the time I realised what it was it was too late!

Never the less I’ve managed to salvage a few images that are OK from my phone so you can see them below! 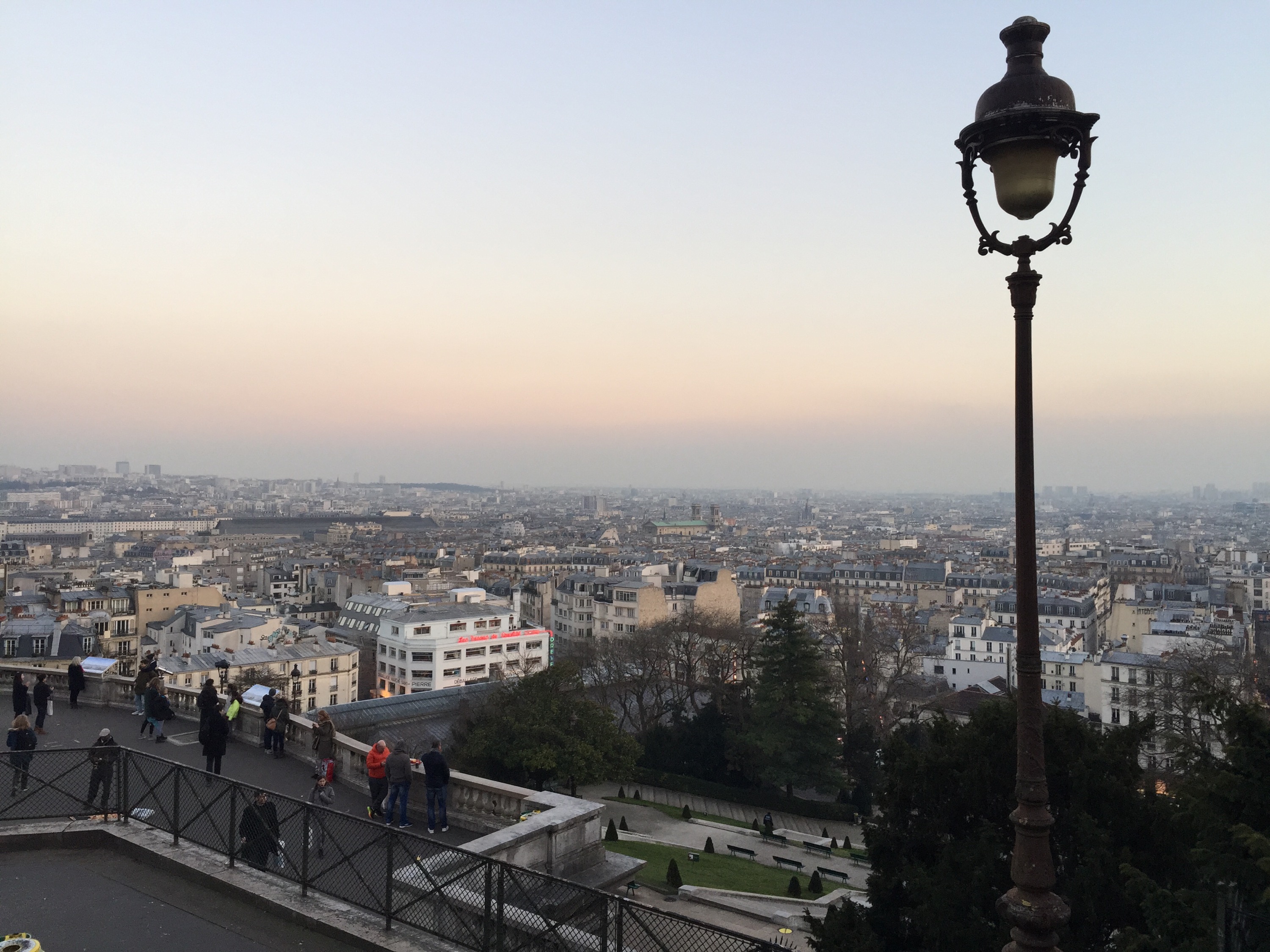 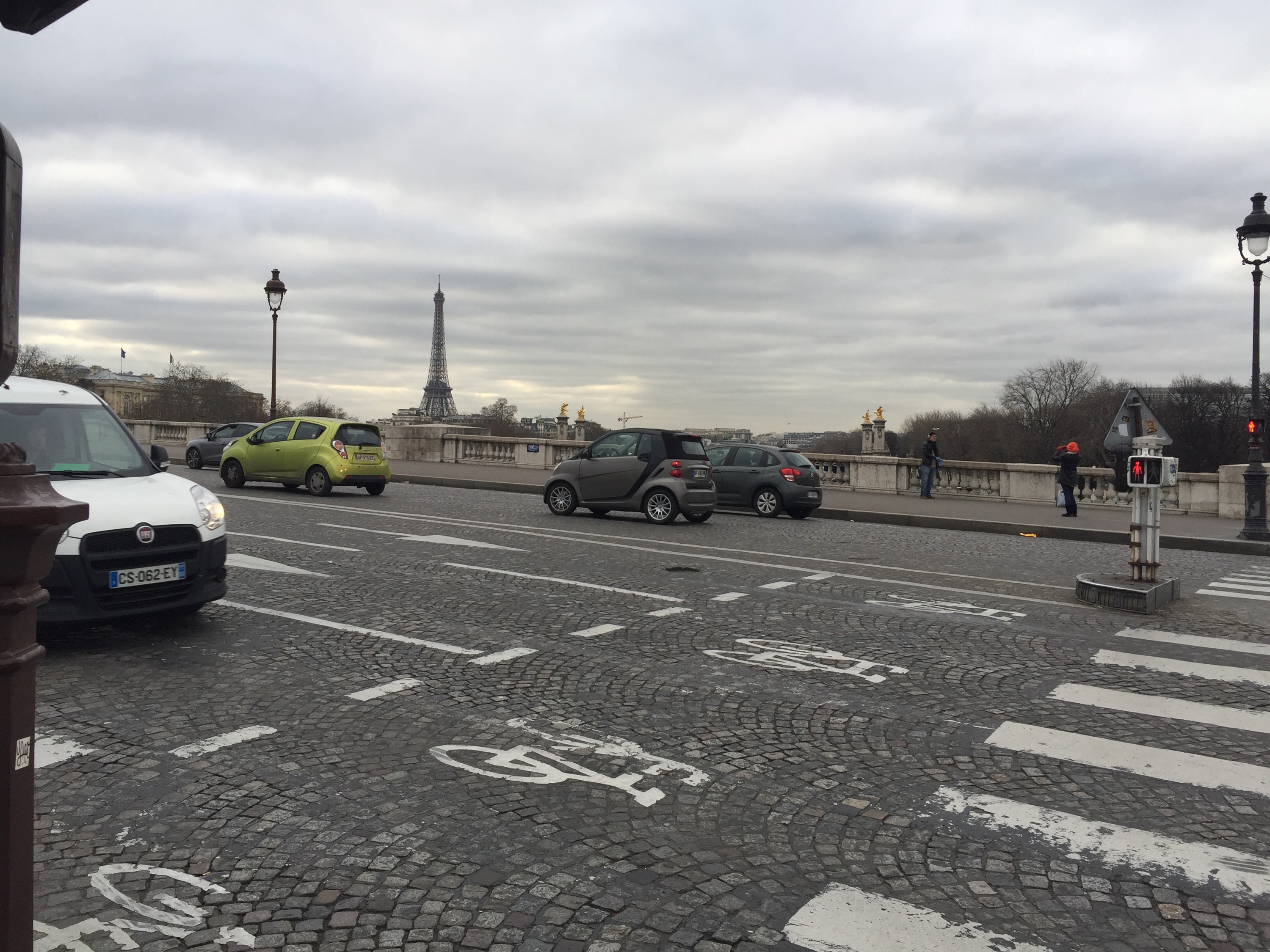 Unfortunately I have no more imminent trips to Paris planned, but I do love this City and more trips once I’ve finished my degree are guaranteed!

As the weather has recently picked up a little bit in Milan, I’ve decided to start making some goodies to decorate my balcony with. My balcony here is pretty boring at the moment, with cream railings which overlook the disappointing view of a busy street outside. I want to try and create a cute little space on a very tight budget, so using mostly recycled bits and pieces I can find in the house.

I’m a magpie for colour and my ordinary tea lights in a jar are getting a little bit boring, so I wanted to spruce them up a little!

This is going to be the first of many cheap DIY projects I’m hoping to undertake, so keep an eye out for more!

For these pretty little lanterns you can use everything you probably have in the house already!

Firstly, you’ll need to fill your jar with as much rice as you wish, and then add a tiny amount of Brusho ink or food colouring.

Then, pop the lid back on your jar and give it a little shake to spread the ink evenly through the grains of rice. 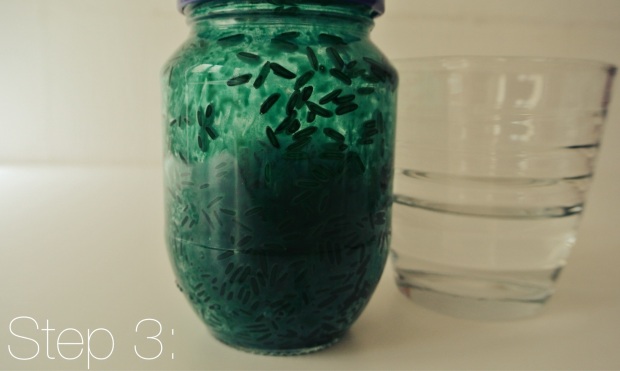 Add a dribble of water to the jar and shake again! For this, less is more! You can always add more, but you can’t take any away!

Shake the jar until all of the grains are coloured.

Empty your rice into the spare cup, give the jar a clean and then ensure you dry it properly. Wait for your rice to dry out again (I hurried this along by putting it into a sauce pan and heating it gently) and then spoon it back into the jar.

Add your candle and you’re good to go! You can try this in any singular colour, or maybe even creating a rainbow jar by layering the rice! It would be a good idea to make sure you can take the candle back out without having to turn the jar upside down (as that could get messy!) But I found that you’re able to get the empty tea lights out very easily with a spoon!

I want to create lots more of these to brighten up my balcony in the evenings to make it a nice chill out place for me and my friends.  Maybe I will try experimenting with more colours and even different grains or beans!